All You Need To Know About Plate Carriers.

All You Need To Know About Plate Carriers.

WHAT IS A PLATE CARRIER? Plate carriers are specially designed to carry vests that work as a multi-function outer shell that a person wears. The best carriers are those that are able to be worn for long periods of time and can be customized in any way the wearer sees fit. Body Armor Plate Carriers are usually designed to hold […]

WHAT IS A PLATE CARRIER?

Plate carriers are specially designed to carry vests that work as a multi-function outer shell that a person wears. The best carriers are those that are able to be worn for long periods of time and can be customized in any way the wearer sees fit. Body Armor Plate Carriers are usually designed to hold various sizes of ballistic plates, however, 10×12” size plates are the most popular. Some companies such as Ace Link Armor also make them in 11×14”. These plate carriers usually have some sort of padding to increase the wearers’ comfort, although that is not standard, and incorporate also Load Bearing Systems like MOLLE or Laser-cut laminate.

Plate carriers are a relatively fresh invention, really only making its way into the standard equipment of soldiers in the past 30-40 years. Early versions of the plate carrier were flak vests that bomber crews during WW2 would wear that were designed to stop shrapnel from German 88 guns. It later evolved into the same, but slightly improved vests, being issued to US Troops in Vietnam for much of the same purpose. Finally, during the 1980s, Body armor and the modern plate carrier finally came in to being, with early examples being heavy, and modern designed being ultralightweight and being able to stop ARMOR PIERCING ammunition.

WHAT ARE THE DIFFERENT KINDS OF CARRIERS?

Plate carriers are made by a number of different companies such as Condor, US PALM, CRYE, and Ace Link Armor. Most plate carriers are of the same general design, although each company will throw its own twist on their design in order to make it stand out from the competition, or increase the comfort of the person wearing it. For example, Ace Link Armor stands out from the crowd in that it offers its users padding on all Quadrelease plate carriers, regardless if it’s MOLLE or Laser-cut system. Additionally, these plate carriers are also made with quick-release tabs that can be pulled on in order to quickly get out of your kit or to make putting it on that much easier. These are features that are not standard and very few other companies offer. This increases wearer comfort incredibly as the shoulder straps will no longer cut into the operator’s shoulders as they were it over long periods of time and run around in it.

Another company such as CRYE for example offers “jumpable” carriers, which are optimized for lightweight mobility, while still taking comfort into consideration. These attempt to increase the effectiveness of the operator by reducing the weight as much as possible while not compromising on front and back armor protection. However, unlike the Ace Link Armor Quadrelease plate carrier (which offers additional side protection), these do not have the ability to hold side armor panels.

Other armor companies will go in the complete opposite direction though, this turns their carrier into more of a vest. These “enhanced” plate carriers will often time make use of full side protection on the operator, all the way up to the armpits. Additionally, they may have added protective benefits like groin flaps, neck collar and yokes, as well as should or bicep pads. While this is great from a protection perspective, it seriously hinders the mobility of the user. Here at Ace Link Armor, we offer both solutions, high-speed lightweight plate carriers for maximum mobility, and large fully protective IOTV style vests that offer maximum protection. By offering the full spectrum of protective gear, we hope to offer our clients and you, the consumer, any ballistic solution to your needs. 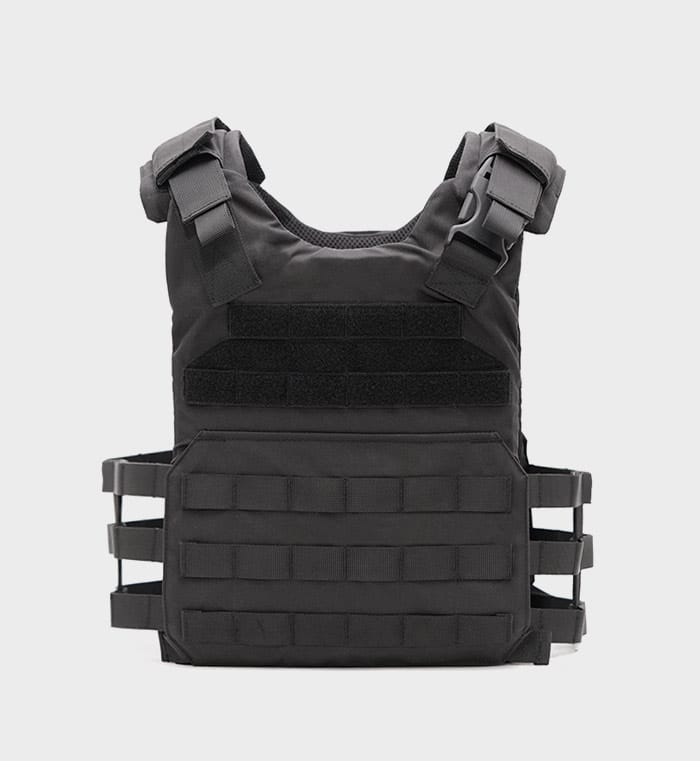 Plate carriers are typically worn by those in the military and law enforcement, but they can also be worn by private citizens and medical providers if the situation calls for it, or, if they just feel like wearing it. Navy seal plate carriers are the same as the tactical plate carriers that you or I can buy. But the best plate carriers for the money would be those that are made from durable materials that will last. Typically, this would be the only thing that sets a plate carrier worn by America’s elite from the one you could buy at the local gun shop. For America’s warfighters, choosing a plate carrier will come down to a standardization of the branch they serve in for their specific role, or if they are part of the elite, what suits the mission best. As a civilian buying a plate carrier, these restrictions are replaced by choices in that, you should pick what you think is the most comfortable, for the best price, and that suits your needs. Some people might not even need a plate carrier, and instead would need or want a chest rig harness, like that of the SKELETEC HARNESS which we offer.

Another thing to consider when purchasing a plate carrier is the camouflage pattern or type of environment you plan on being in. If you live in the swampy marshes of the deep south and purchase ALPINE, SNOW, OR desert camouflage, it may not be as effective at concealing yourself as it would be if you had purchased Multicam, OD Green, or even tan. America’s warfighters and law enforcement do this when prepping for mission environments, and you should as well, as picking the wrong camo pattern can present you as a greater target.

your cart is empty

No products were found matching your selection